by Ambulance On Fire 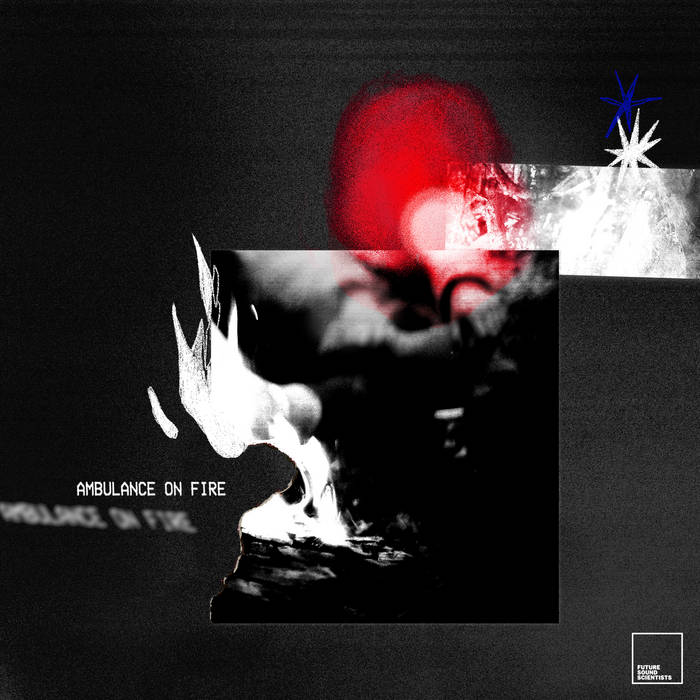 The jubilee 20th release in our label’s catalog delivers the recently emerged alternative electroacoustic music duo “Ambulance On Fire”, which has already managed to attract the attention of music lovers as well as critics of conceptual electronic music from Lithuania, and their debut mini-album of the same name. The release delivers 4 original compositions created and recorded by Jūra Elena Šedytė and Mėta Gabrielė Pelegrimaitė.

The duo “Ambulance On Fire” grew out of the friendship of the duo’s members who share the musical taste and emotional experiences. By combining unusual elements of various music genres – IDM, Ambient, Alternative, Breakbeat, 90’s Electronica, Post-rock, Synth-pop, Experimental – as well as using their knowledge of improvisational techniques and composition, they create subtle musical eclectics, offering to avoid categorization and stereotyping of music. Efficient lyrics gently evoke the feeling of empathy and speak about the human states such as anxiety, anger, or fear that can be felt even deeper in a specific musical atmosphere. The synthesis of live and electronic instruments produces overlapping textures, lyrical, sometimes sharp melodies, and the motifs of Lo-Fi and experimental music, all accompanied by dark rhythms of electronic dance music. A little touch of irony can be felt in the easily recognizable kitschy rhythms and timbres of old-school digital synths.

At the first glance it may seem that the duo "Ambulance On Fire" is still quite new and fresh in the electronic music scene, but do not be fooled, because its members each started their musical path really early. Jūra Elena is a composer who graduated from the Lithuanian Music and Theater Academy and studied at the Rytmisk Musikkonservatorium in Denmark where she got her Master's degree. In the duo, Jūra Elena plays keyboards, sings, and is responsible for the electronics part. Meanwhile, Mėta Gabrielė sings, plays flute, bass guitar, and masters the effects. She began her musical journey in jazz music. After graduating with a Master's degree in contemporary music from the Lithuanian Music and Theater Academy, she immersed herself in contemporary and improvisational music.

Both artists being professionals in different fields of music found their unique and therefore very exclusive sound, which they entrusted to record to the skilled sound engineers from “MAMA studios'' recording studio located in Vilnius, Lithuania. The artwork for the mini-album was created by visual artists Aušra Umbrasaitė.